Someone will win, someone will lose, and initiated measures will either pass or fail. Now 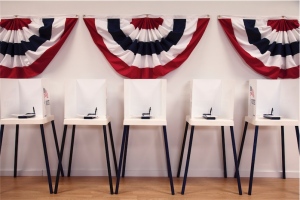 that the election is over: the world is neither a better or worse place. The Sun will rise in the morning. Nothing has changed in the overall scheme. The happiness or relief sought from this election cycle has not, and will not come.

There has been a great deal of political wrangling over fixing the broken system, ousting corrupt politicians or bringing about dominance of one political party over the other. Prepare to be disappointed as this is not the first, or last election cycle where these things are on the ballot.

As time goes on, it’s clearer to me the system is not broken as much as we, the people are. Social media has become the dumping ground for political rants, threats and conspiracy theories. Friends attack each other, relatives issue ultimatums over family member allegiance to a politician or a cause. Made up statistics, unverified “news“ accounts related to history or political activity have rendered social media perhaps THE primary tool of misinformation rather than a source of entertainment. Unfortunately, politicians must use the same platform.

Terms such as misogynist, hate, corruption, liberal, conservative, fascist, patriot, traitor and others have definitions that are now fluid, changing with each generation and 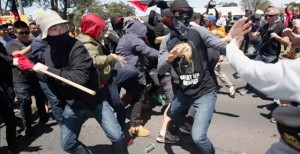 sometimes with each new noteworthy event. If you don’t accept something or someone, you hate them. If you disrespect a woman you’re a misogynist. If you stick up for women’s rights you are feminist. If you support the president, you’re a fascist. If you are against the president, you’re a traitor. These things have nothing to do with politics or the political system but have more to do with people and are sometimes byproducts of media-hungry consumers waiting to be fed by antagonists. Our ability to influence others seems to be decreasing while our need to be heard by others is increasing. This noise is drowning out civility in our communities.

I ‘m not saying we are headed for civil war but we can certainly expect more civil and social dysfunction over our obsession with self-relevance on social media. Here are some points which could be important for surviving the effects of social media storms resulting from the midterm elections and leading up to the next election cycle: